Rebel Wilson, most well-known for her roles in films such as Bridesmaids and 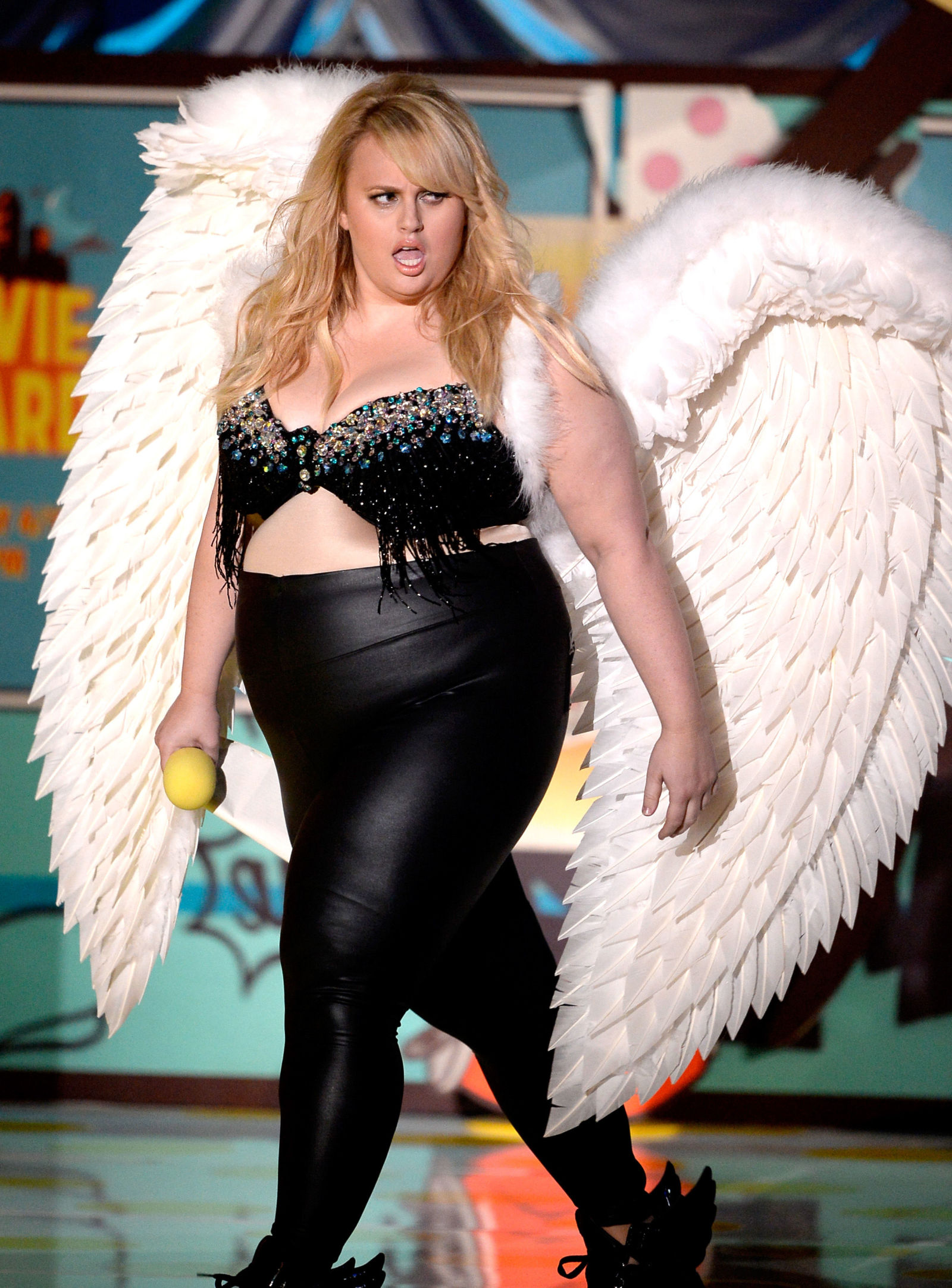 Pitch Perfect, has proven to be a surprisingly fantastic role model for women; she’s bold, hilarious, and she refuses to be shamed for not fitting Hollywood’s “typical” (and outrageous) body-size standards. Recently during the MTV Movie Awards, she strutted confidently across the stage in an outfit with a message; the angel wings, leather pants, and bedazzled bra are representative of Victoria’s Secret, bringing to mind outfits seen at their widely-viewed annual fashion show. Rebel isn’t trying to be an angel, though; the word “THINK” is printed on the backside of her pants (a clever play on the Victoria’s Secret teenage brand, Pink, which has been notoriously slapping their logo on rears for years.) What does all of this mean? Rebel encourages young women to love their bodies, exactly as they are. Backstage at the awards, Rebel commented on how the women of Pitch Perfect are a variety of sizes, each as beautiful as the next. She says,

And Rebel couldn’t have picked a better audience to send that message to; the MTV Movie Awards typically have a significantly younger viewership than other award shows, like the Oscars or the Golden Globes. Rebel Wilson has been consistently using her success constructively; she was recently on the cover of Elle magazine, which is no small feat for anyone in the entertainment industry. She also discussed having written her own musical in theatre school that allowed her to showcase her talent while conveying a message of body positivity; a true win-win, and a musical I would love to see.